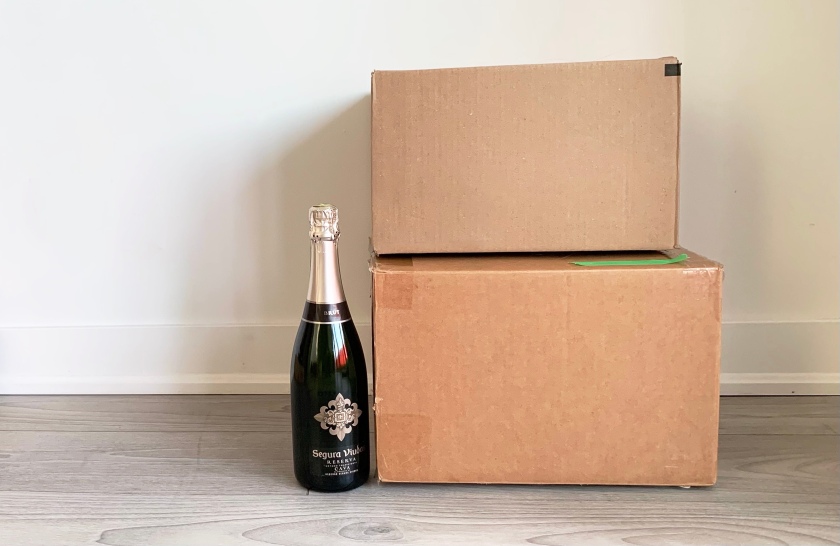 I bought a condo in the middle of a pandemic.

I didn’t think I’d be uttering those words in 2021, but somehow, three months into the new year, this is what’s happened.

I told myself I wanted to be a homeowner by 2022—the only silver lining to lockdowns is I had found myself saving more—but, life had other plans.

Isn’t that how it usually goes?

When starting out on this buying journey, I figured that if I started looking around my birthday I would find something by the summer (hopefully, fingers crossed).

I found it in less than a week: I viewed my condo on March 5th and had it sold conditional by the 8th.

I only started viewing places on the 2nd.

If that wasn’t enough of a surreal and slightly emotional whirlwind (wanting to be a homeowner was surprisingly emotional I was not prepared), what made this entire thing even more hectic was the fact I had just gotten out of a relationship (and living with someone I was seeing, for lack of better terms) a week before.

Cue all the feels.

But, apparently, I like to distract myself. Anyone else like to take on new projects when they feel their life falling apart? No? Just me?

The day I went back to my parent’s place with my heart shattered in pieces and tears down my face, my mother jokingly said we’d, “Window shop for houses.”

That turned into actual shopping.

But heartbreak to homeowner, right?

While I spent most of the past few months casually scrolling through condos.ca to see what was on the market, a unit had caught my eye at the end of February. I immediately texted my agent Marjorie from Maison Real Estate Co. to schedule a viewing, but alas, it had sold before I even had a chance to view it.

Welcome to the downtown Toronto market.

Fast-forward a few days later to another unit I saw close to Cityplace that Marjorie suggested I view (even though the photos were horrendous). I really liked the unit the instant I saw it, to the point that despite it being the first unit I had ever seen I was ready to put in an offer.

That excitement lasted a whole three hours before the panic ensued.

This was too easy. It wasn’t supposed to happen like that. It cannot be this smooth.

Those were the thoughts racing through my mind as I tried to comprehend what exactly just happened.

But, when making one of the biggest decisions of your life during a very emotional time in your life, sometimes it’s really important to pump the brakes just a little and ask yourself is this really for me?

Of course, Marjorie calmed me down, but we agreed I should look at a few more units just to reassure myself before placing an offer.

The next three units I wanted to see had again sold before I could get a chance or just weren’t open to viewings.

And then came the one I ended up buying.

Again, like magic, Marjorie had chosen a spot I didn’t originally think to view (because the photos on the website just weren’t doing the place justice).

But I kid you not, the second I walked in, I knew it was mine.

I’ve found through all of this, the buying process is part logic and part emotion and in that moment, unlike that first unit, without even a moment’s hesitation or self-doubt (after a quick FaceTime call with my mother), I told Marjorie to put the offer in.

The second she sent it in I knew it was mine.

And three days later it was (sort of).

The buyer’s journey is one filled with status certificates and financing calls and talks with a lawyer to figure out a land transfer tax and closing costs, and all that jazz (all things I am happy to help you with if you want some insight!).

And it’s one that I somehow completed in 27 days (I had a very early closing date… whoops).

But, in that crazy race I had found myself running through the month of March, I really could not have done it without Marjorie’s help, insight, and support (not only as an agent but as a friend). From all my freak outs to my never-ending questions, she was there to help me achieve my goal when it came to finding a space I could call home.

And achieve it, I did.

Although one millionaire once stated we had to stop eating avocado toast so we could afford houses as millennials, I have to admit in all transparency, I wouldn’t have been able to purchase my condo without the help from my parents.

They provided the financial support (and my dad’s SUV to help move) to make this happen.

And, as I get ready for one of the biggest changes in my life to-date, for the time being, I am breathing and taking pause.

The past month has been a smorgasbord of joy and sadness, of heartbreak and healing, of closing old chapters and beginning anew.

I am nothing short of excited because what a birthday present to myself, but I am also reflecting on just how much can change in 30-something days.

As I slowly pack up my apartment in the downtown core—the one that saw me as I lost my job after moving out for the first time, the one where my roommate and I solidified a friendship forever (even though we’re now in different timezones), the one where I got a new job and hit new goals—I can’t help but reflect on how metaphorical packing and purging has truly become.

If it’s not the clothes that no longer fit or the pieces of furniture that won’t move with me to the next stage of my life, it’s the relationship and friendships that no longer work, it’s the goals I had for myself that have somehow shifted, and it’s the realization that while some things last, others don’t.

But there’s a beauty in that.

There’s a beauty in the ebb and flow.

There’s a beauty in progression.

And there’s a beauty in being open to whatever is next, in the be.

While the next little will most likely have me on an interior decorating binge, I’m also excited to see what milestones, adventures, and memories my new home will see me through.

Because, undoubtedly, life comes at you fast friends.

And sometimes, all you can do is hold on for the ride.

P.S. I also promise I’ll dive into the process, journey, and story a lot more in some future videos and posts, soon (because what else is there to do in lockdown number three except to get creative with new mediums?).