(Actually Had) Breakfast at Tiffany’s

“Well, when I get it the only thing that does any good is to jump in a cab and go to Tiffany’s. Calms me down right away. The quietness and the proud look of it; nothing very bad could happen to you there…”

I watched Breakfast at Tiffany’s for the first time (I know… I was late to the party), a week before they announced breakfast actually would be served at Tiffany’s on 5th Avenue.

And when I saw the video that popped up on my Facebook feed, I knew then and there what I needed to add on my bucket list.

That’s why, when Vivian asked me what I wanted to do as we planned our December escape to New York City, surprise, surprise, but hardly a surprise at all, I decided to do what Holly did.

Now, it’s a little known fact (apparently, just not to two tourists from Toronto), that to get into Tiffany’s Blue Box Cafe, reservations had to be made.  From the opening to months after, it took a while to get onto the list and to step foot into the #instaworthy cafe.

Yet on that cold December afternoon, we got lucky and got a table right when we asked (I seriously think Audrey Hepburn was just shining her light on us).

(The ladies next to us had informed us they only received a table that day due to a last minute cancellation. They had been waiting for a month. Lucky us!)

(After a flight cancellation that weekend and a mad dash to get another flight—that’s another story for another day—it was nice to finally have something work in our favour!)

A tiny room with only 15 tables, The Blue Box Cafe offers a relaxing view of Central Park. It also offers the feeling of being boxed into an actual Tiffany’s box. From the walls to the chairs to the plates to the cups, The Blue Box Cafe screams the brand’s signature colour.

The way the cafe is set up is each person has to choose an item from a set menu (unfortunately, sharing one dish isn’t an option). However, before every meal you’re also served a cute bowl of colourful fruit and some croissants with a great selection of Nutella, butter, and jam. 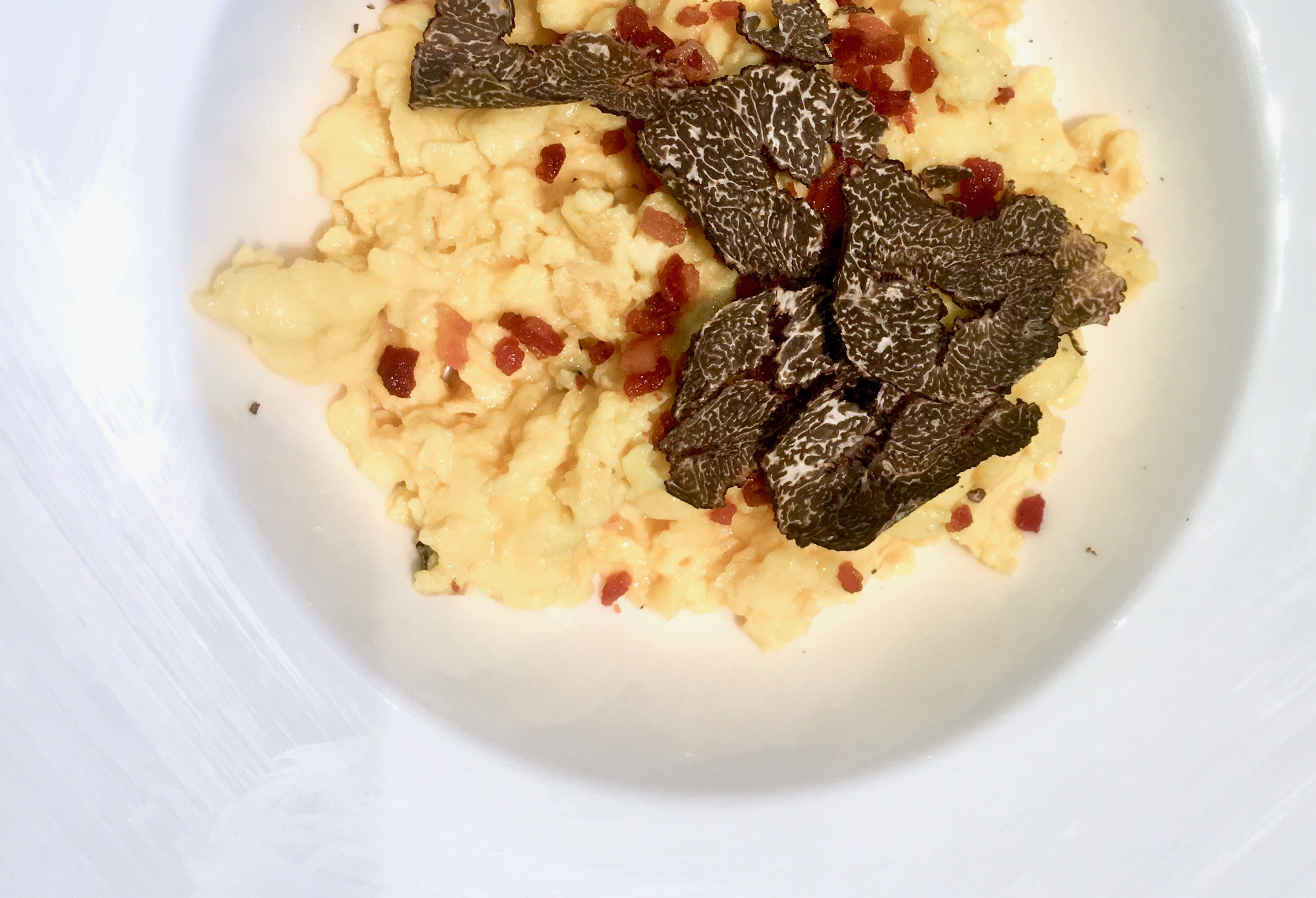 It was a fancy way to indulge in scrambled eggs, although to be honest, the eggs were a little on the salty side.

Probably one of the cutest presentations for avocado toast yet (yes, I’m definitely a millennial). Although it was only one slice cut into four, it really was just the perfect size to satisfy your hunger.

After some breakfast, because it was Vivian’s birthday weekend (hence the trip to begin with after all), I ordered the Tiffany cake.

I’ll give it to the Blue Box Cafe, they knew exactly the type of people they were attracting.

The cake is served to you in its full, complete, blue box glory. And your server waits patiently as you snap as many photos as you want before taking it away to be cut up into four pieces in the kitchen.

(And thankfully despite all the icing, the cake wasn’t too sweet, which is just how I like ’em.) 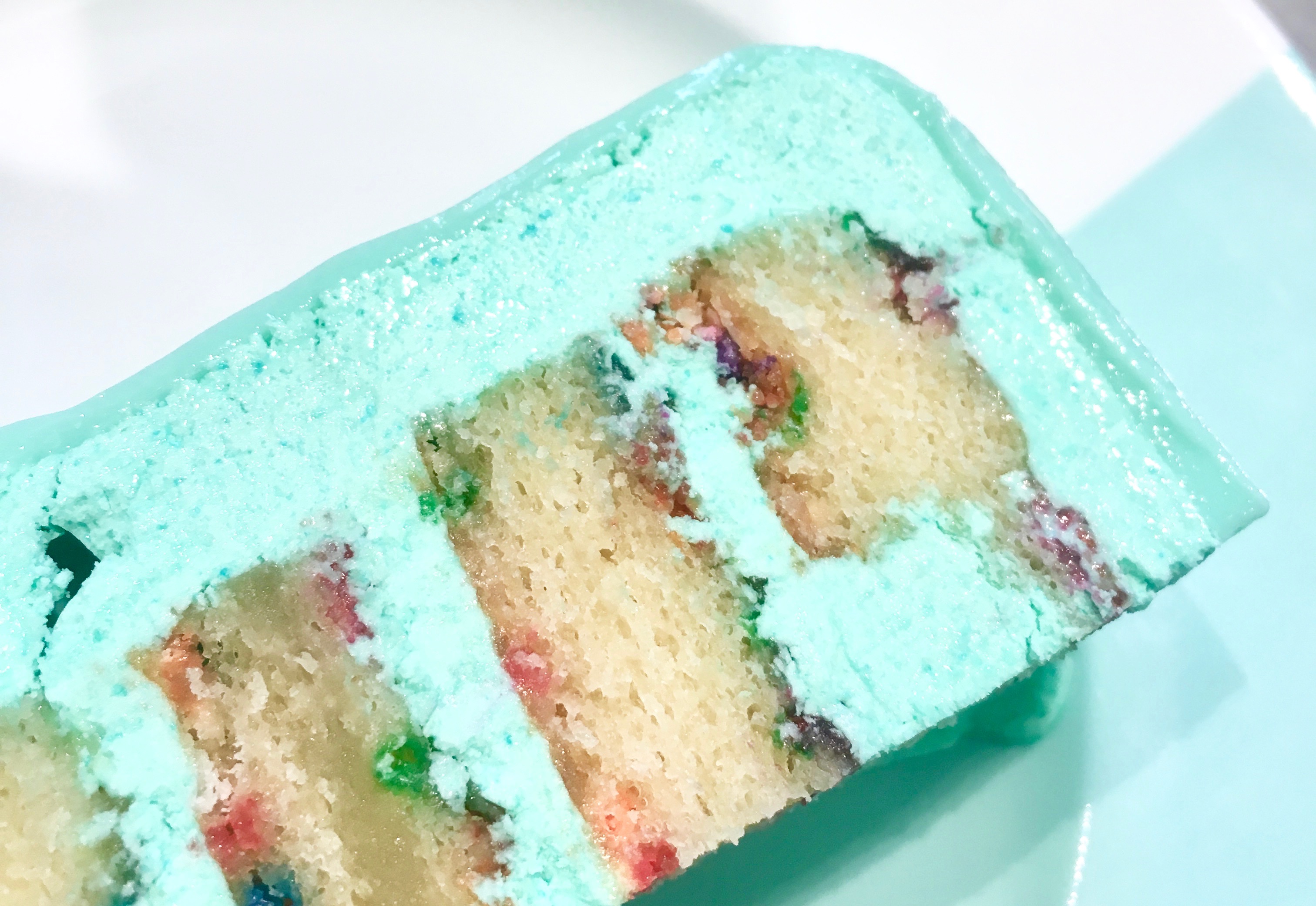 With the conversion rate unfortunately the cafe is a little on the steep side.

And was it worth it?

I drank my tea, sat in an aesthetically cute Tiffany blue room, and I ate my avocado toast (apparently, yet another reason I will never afford a house… you know, if we don’t take Toronto’s skyrocket-priced houses into consideration), but, yes I loved it—maybe not necessarily for the food, but most definitely for the ‘gram.