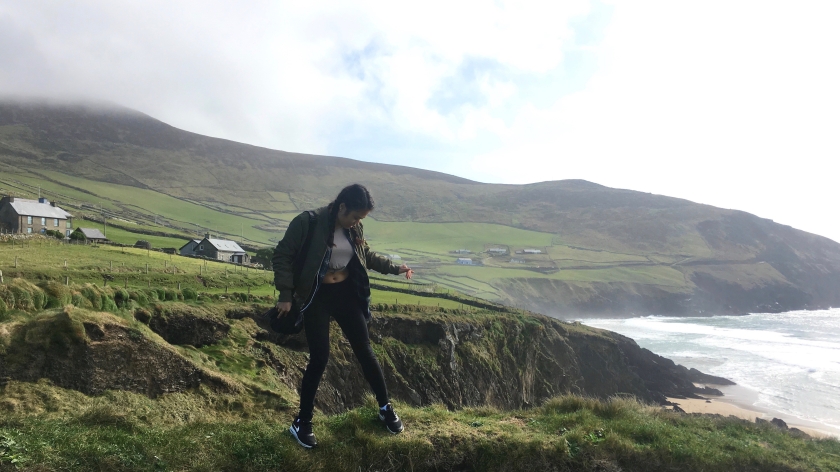 Like the hopeless romantic I am, I fell in love with Gerard Butler and Hilary Swank’s characters’ love in the movie P.S. I Love You.

But watching them meet for the first time, standing on a dirt road, surrounded by green fields and hills, I fell in love with Ireland, too.

For years I was broken record: “I need to go!”

Fast forward a decade later and that’s exactly where I found myself, standing in Dublin’s airport at an ungodly hour so excited to have turned 24 years old crossing the Atlantic Ocean (we booked our flight with Aer Lingus) (happy birthday present to me!).

Ask anyone: I am the definition of a light packer. My mom bought me a North Face Base Camp Duffle (size: small) for the 9 days and I still had a lot of room. (You can carry it as a duffel or wear it as a backpack and it’s carry-on size!)

It was March 12 and, along with my cousin (who was equally as interested in the Emerald Isle), I was ready to embark on a week-long journey of adventuring, meeting new people, and, obviously, drinking.

Now because my cousin and I were the epitome of busy leading up to March, we left all the trip planning (accommodations, transportation like a coach bus and a black taxi in Northern Ireland, and itinerary) to Shamrocker Adventures. It was cheaper than the tour offered via Contiki and was lead by tour leaders born and bred in Ireland (shout out to Jamie!).

We booked the “St Pats All Ireland” tour option.

If you think 8/9 days isn’t a lot of time, prepare to have your days filled morning to night. From Dublin to Killarney to Ennis to Galway to Derry to Ballintoy (one of the tiniest towns I have ever stayed in), you cover a lot of ground (and pubs) with Shamrocker.

When you look at the pillars, you can still see the bullet holes. 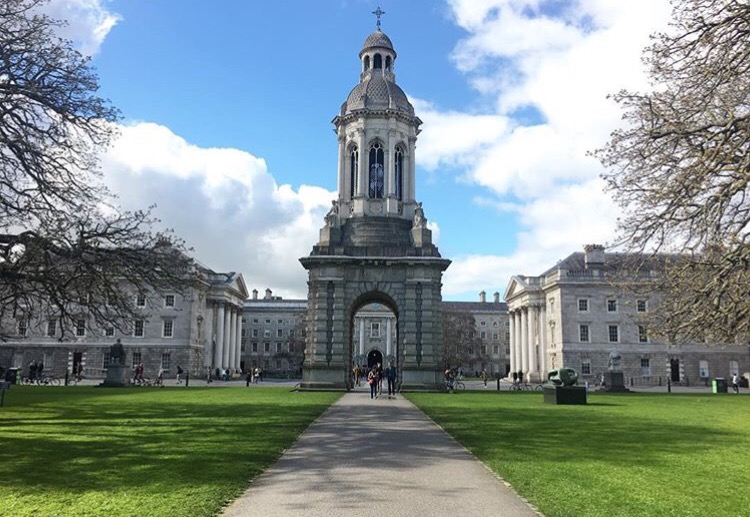 For the record, I kissed the Blarney Stone. 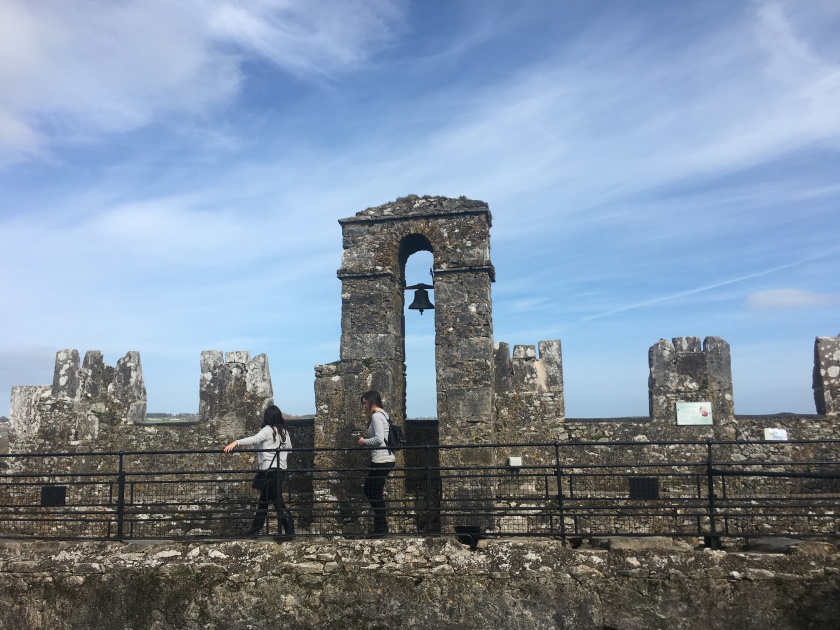 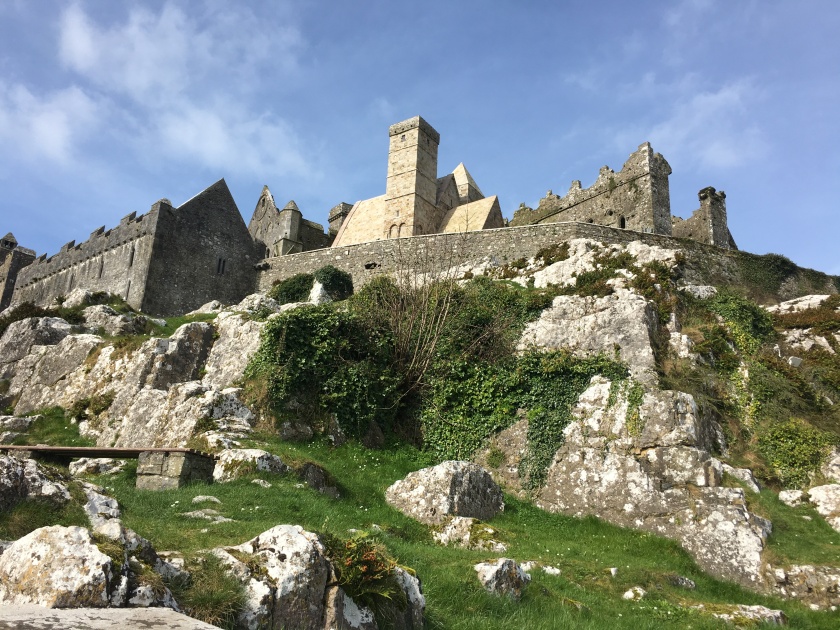 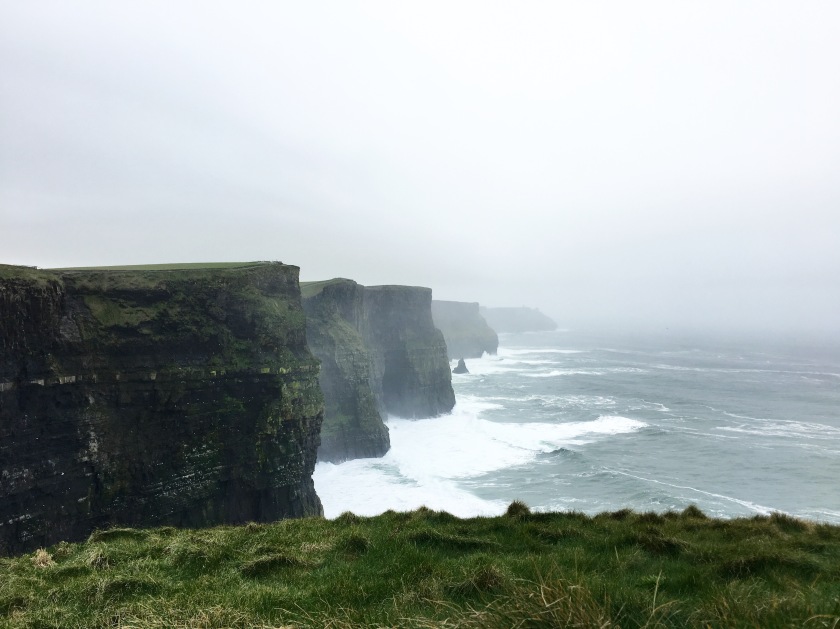 Need I say “Moher” about this view? 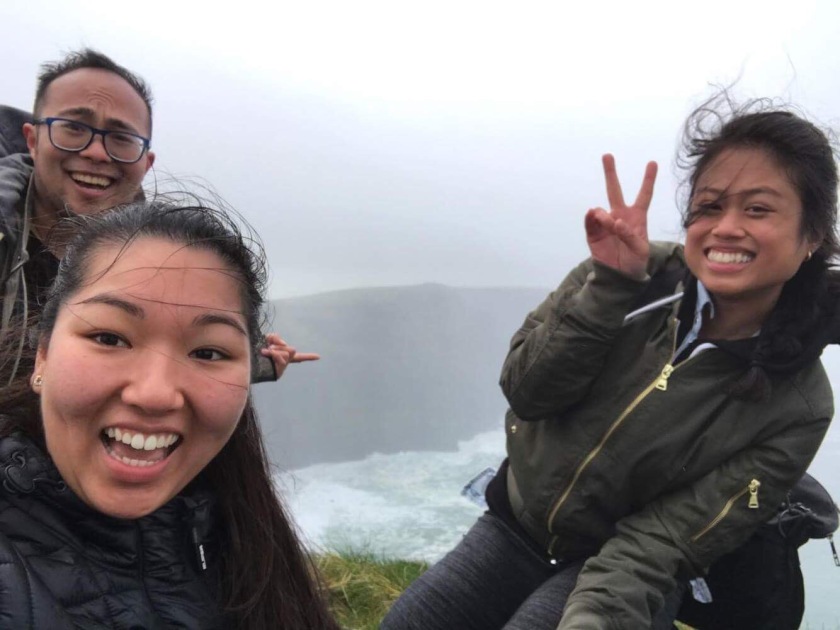 Murphy’s is a must. Just saying.

We got to tour the Guinness Factory, which meant beer included in your entrance ticket (with a nice 360 view of Dublin)!

Fun fact: up until that point of my life I did not like beer. I absolutely hated the taste of it and how it made me feel nothing short of bloated.

Fair warning, if you hate beer while in Ireland, you’re going to end up doing what the Irish do and learn to love it. 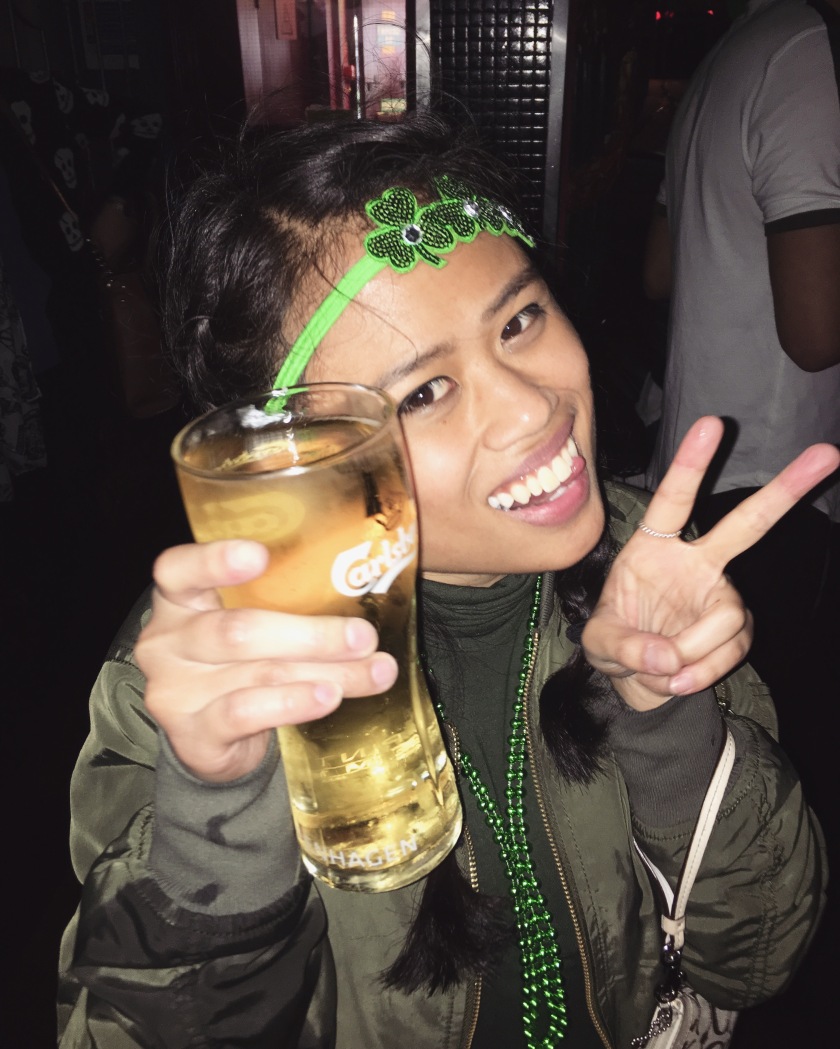 See? Beer. And it took me less than an hour to finish (if you know me, this is an accomplishment).

I never had “party in Ireland on Paddy’s Day” on my bucket list but oh man, please add it to all of yours. There is nothing livelier than being in a sea of green on the streets of Dublin.

So the parade in Dublin was pretty good, until we stood in rain for two hours…

(Side story: a bunch of people on the tour went and got tattoos on Paddy’s Day. I clearly missed the memo and by the time I went to try to get a fairy wing (with my darling Mei guiding me through the streets of Dublin) on my ankle the parlour was already closed. Heartbreaking was an understatement.) 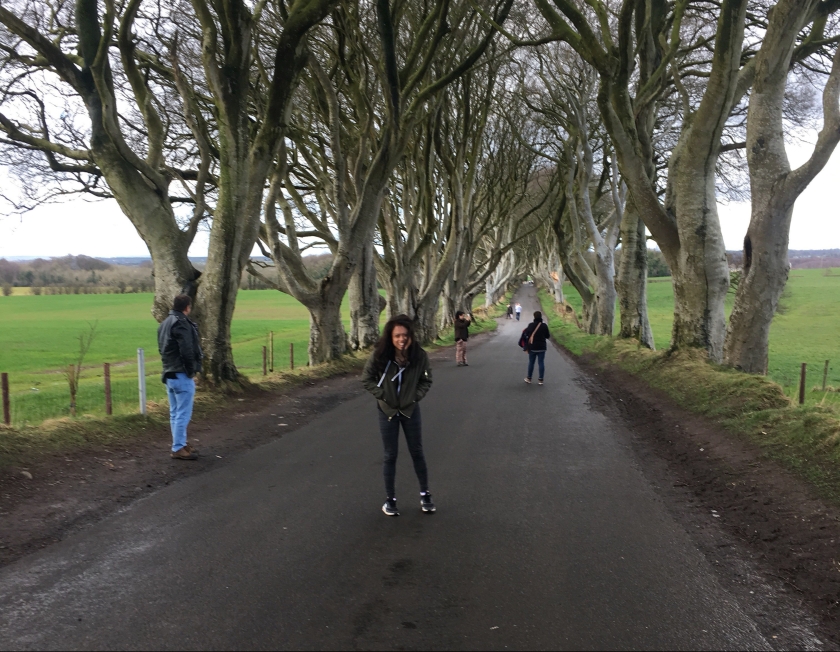 I don’t watch GoT (I’ve been meaning to start, I promise!), but apparently they filmed the show here! 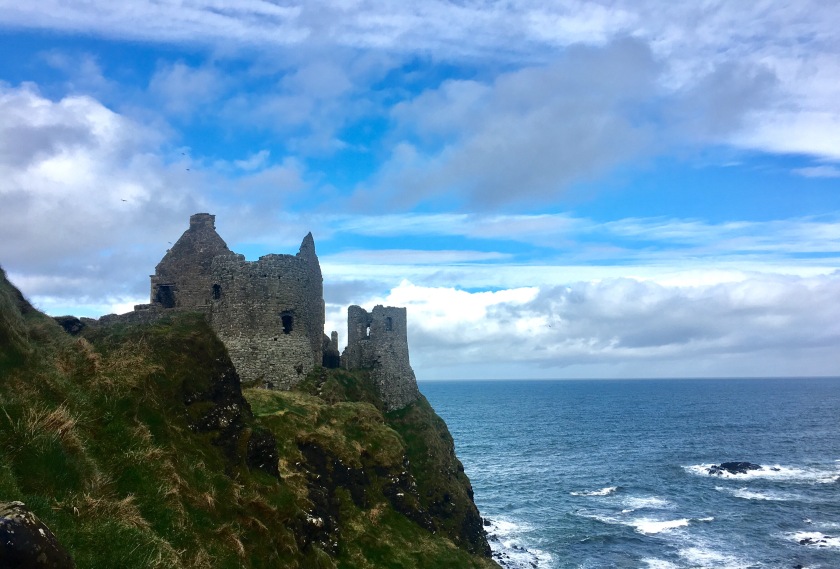 We found a cave underneath and while we weren’t supposed to technically climb down, obviously we all climbed down. 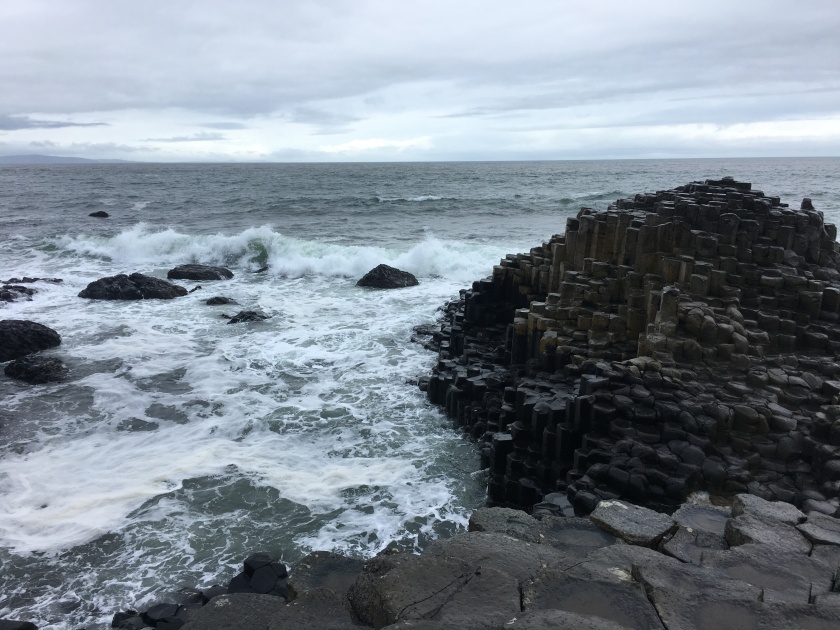 Spot the little girl in the Giant’s Causeway (nature is seriously stunning).

To sum it up, I had a craic-ing good time: I came home with a new taste for beer, Ed Sheeran and Irish pub song lyrics stuck in my head (I love both Galway Girl songs, aaaah), some insta-worthy pics, some hilarious memories (even if not fully sober), and a handful more international friends.

And while I also came back with a horrendous cough/cold/ear infection, my voice gone (courtesy of scream singing in the bars all night with the group), sans a guitar-playing Gerard Butler in tow, heck yeah, I’d do it all over again.