Sometimes when it rains for a whole day you don’t really have a choice but to get your Timberlands muddy. Which I did. Which yes, still makes me cringe (because I just love my pair so much, I have a problem) but yes, was definitely worth it.

We were stuck in Kaikoura an extra day, which gave us a chance to meet more people on the KiwiExperience. Two busses worth of backpackers makes for a lot of (mis)adventures.

(Read: I’ve watched too many movies for one weekend. Way too many.)

(Also I was without cell service for a full 24 hours…so don’t worry Mom! I’m still alive, I was just MIA.)

So despite the cold and the wind and the after math that was the rain-that-never-ended, we decided to explore. 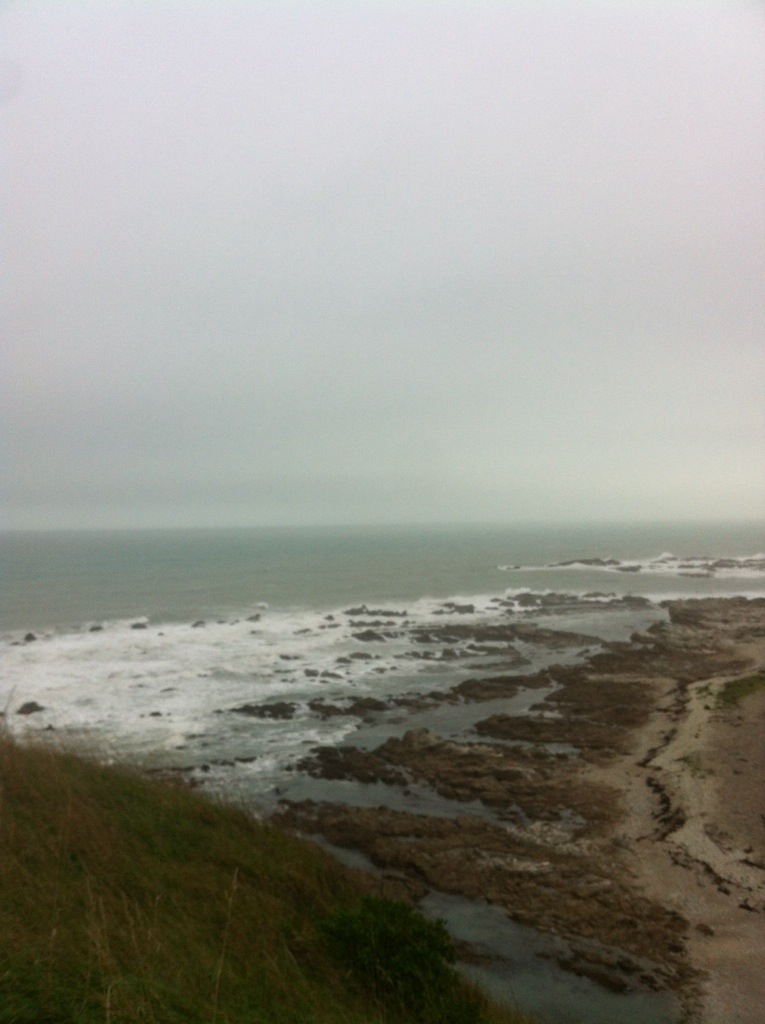 After getting a ride to a seal colony we all got a chance to stand two feet away from, you guessed it, seals.

They remind me of my dog: lazy, sleepy, and will bark at you if you bug them.

Which was probably a good idea because we then climbed up the peninsula to get a great view (as great as a cloudy and foggy could get you).

It was muddy. It was wet. It was a brutal hike of trying not to get wet or fall (unfortunately three of us out of nine did fall. Yes, that includes me. It was not fun.)

But after two and a half hours of walking and getting lost and falling and posing for photo after photo we did it. We made it.

And we definitely made the most of it.

I mean what else can you do when you don’t really plan?

Trust me, spontaneity, strangers and not-so-sunny days was a step up from the cyclone that was my Thursday.